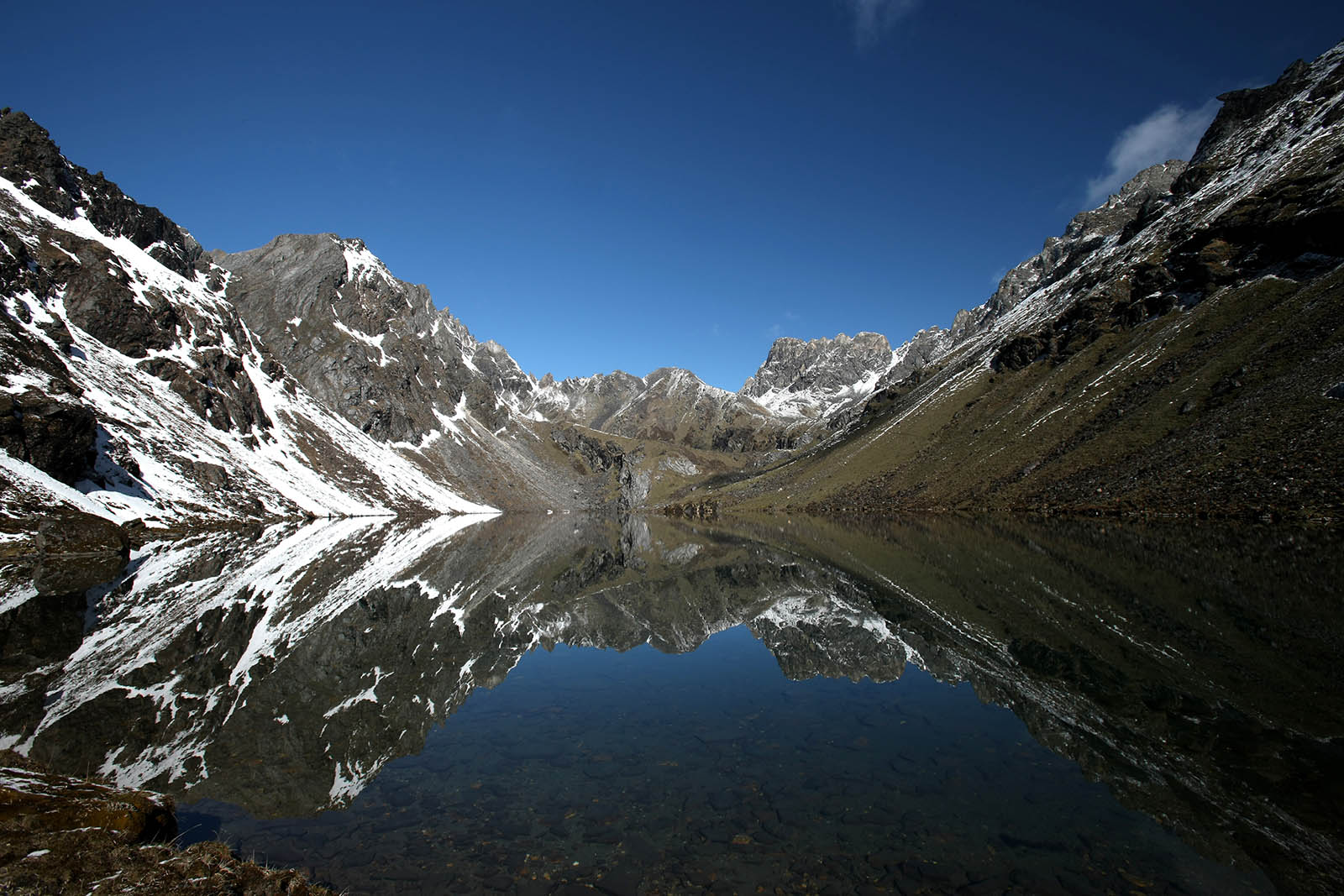 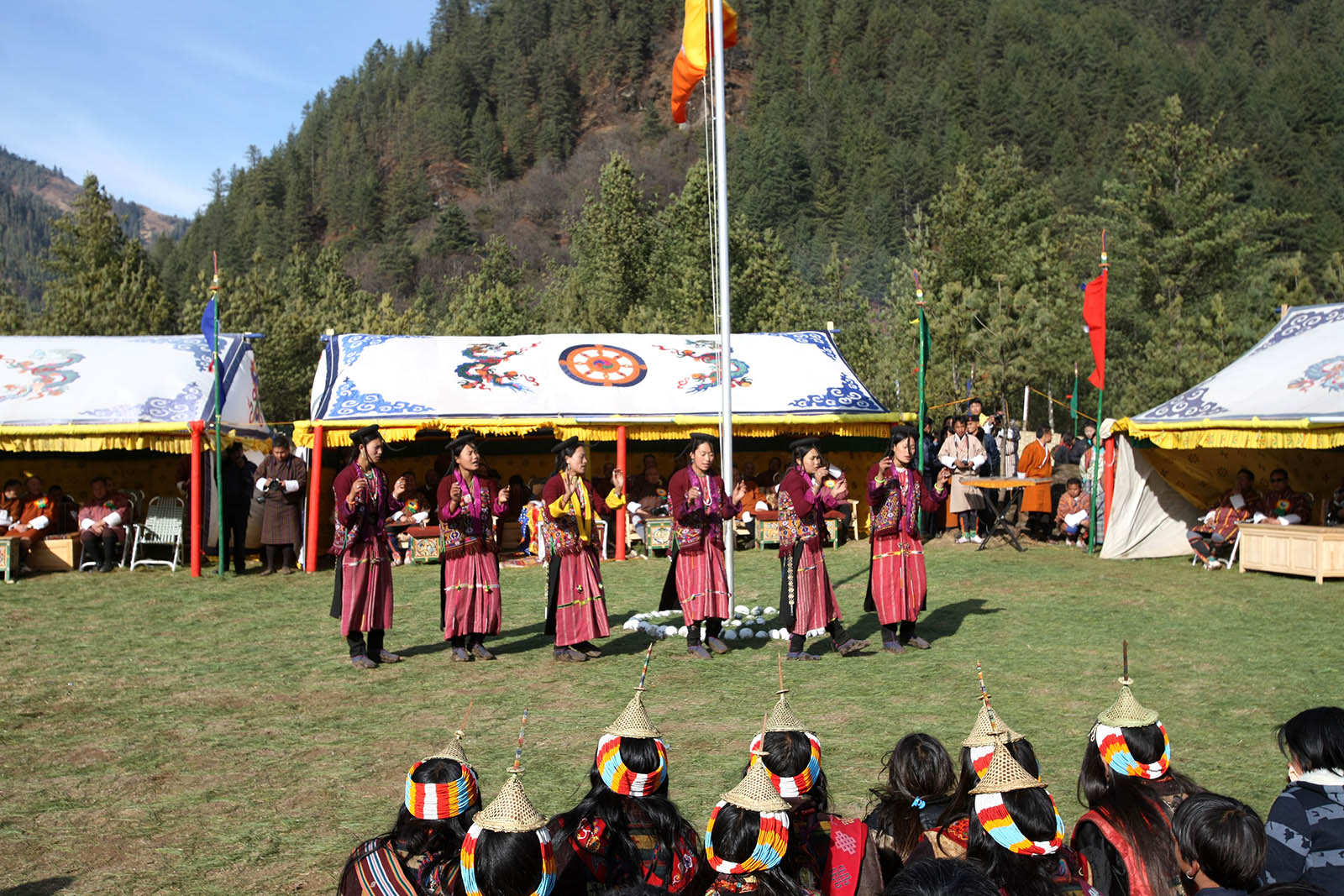 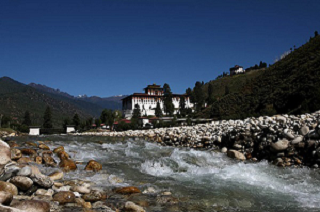 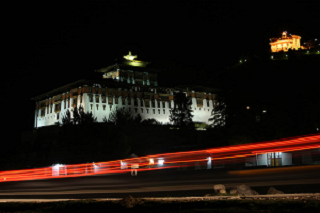 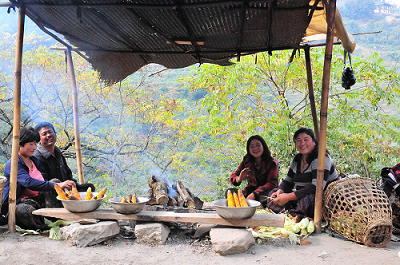 Traditional Bhutanese eating habits are simple and, in general, food is eaten with hands. Family members eat while sitting cross legged on the wooden floor with food first being served to the head of the household first. It is usually women who serve the food and in most cases, the mother.

Before eating, a short prayer is offered and a small morsel placed on the floor as an offering to the local spirits and deities. With modernization, eating habits have changed and in urban areas, people usually eat with cutlery whilst seated at a regular dining table. Traditionally dishes were cooked in earthenware, but with the easy availability of modern goods, pots and pans have largely replaced their use. A typical Bhutanese meal consists of rice, a dish of Ema Datshi, the country’s favourite dish of chili and cheese, pork, beef curry or lentils.

Death signifies re-birth or a mere passing on to a new life. In keeping with the traditions, elaborate rituals are performed to ensure a safe passage and a good rebirth. The 7th, 14th, 21st and 49th days after a person’s death are considered especially important and are recognized by erecting prayer flags in the name of the deceased and performing specific religious rituals.

While the deceased are normally cremated, funerary practices vary among the southern Bhutanese and the nomadic Brokpas of northern Bhutan. Southern Bhutanese typically bury their dead while the Brokpas carry out ‘Sky Burials’, a process in which the deceased are prepared and left atop mountains to be devoured by vultures in a final act of compassion and generosity. Elaborate and ancient rituals are also conducted on the anniversary of the death with the erection of prayer flags. The relatives and people of the locality come with alcohol, rice or other sundry items to attend such rituals.

The birth of a child is always welcomed. In Bhutan extended family and guests are discouraged from visiting during the first three days after the birth. On the third day, a short purification ritual is performed after which visitors are welcomed to visit the new born and mother. Bhutanese value children as progenitors of the future and therefore do not discriminate on the sex of the child. Traditionally various gifts are offered ranging from dairy products to cloth and money.

The child is not immediately named; this responsibility is usually entrusted to the head lama (Buddhist priest) of the local temple. The mother and child will also receive blessings from the local deity (natal deity) and it was traditional that the name associated with the deity is given. In some cases, the child is given the name of the day on which the child is born. Based on the Bhutanese calendar, a horoscope is written based on the time and date of the birth, this will detail the various rituals to be performed at different times in the life of the child and to an extent predict his or her future. 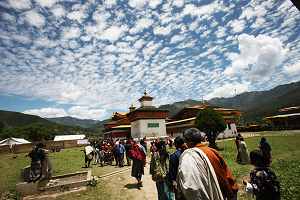 Until just a few decades ago arranged marriages were common and many married among their relatives. In eastern Bhutan cross-cousin marriages were also once common, however, this practice is now becoming less common place among the literate masses and most marriages are based on the choice of the individuals.

Marriages are simple affairs and are usually kept low-key. However, elaborate rituals are performed for lasting unions between the bride and the bridegroom. As the religious ceremony comes to an end, parents, relatives and friends of the couple present the newlyweds with traditional offerings of scarves along with gifts in the form of cash and goods. In the Western Bhutan, it was commonplace that the husband goes to live in his wife’s house after marriage while the practice in Eastern Bhutan is for the wife to move into the husband’s home. Of course, the newlyweds may also choose to live on their own. Divorce is also an accepted norm and carries no ignominy or disgrace within the country.